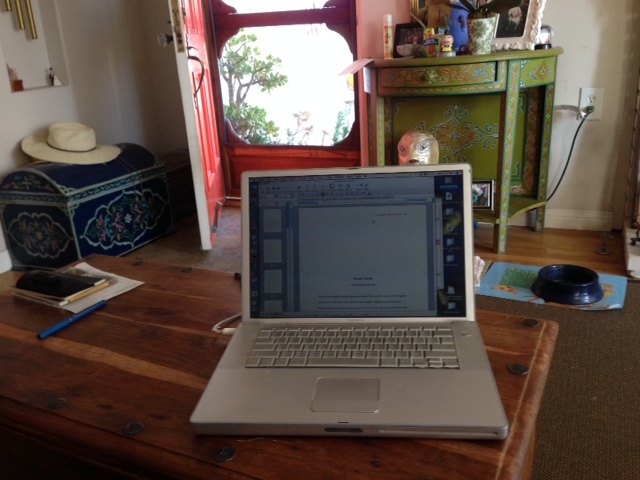 If a book has a map, I'll at least try to read it

Tags: Lord of the Rings, Hobbits, putty, maps, cartography
If a book has a map, I'll at least try to read it. Even if you don't intend to include a map with the finished book, I blah-bla-blahed recently on a writing forum, sketching one out is a handy way of keeping track of what lives where in your made-up world. Another benefit? Having a picture on paper helps you avoid those helpful sorts who delight in pointing out other people's mistakes. People will point out your mistakes whether you've made any or not, I figured, so no need to give them any ammunition.

Turns out maps are controversial. Another contributor chimed in that his books have well-developed characters, and all great stories are about characters. Plot and setting are secondary concerns, said he, if they can be considered concerns at all, and maps are for ninnies. I thought that was pretty interesting, considering the thread was about science fiction and fantasy, where I thought setting at least had some significance. I took a while thinking about what to say next. But then somebody else remarked that no one was suggesting that a map is a substitute for good writing and the discussion move on to other things.

Mr. Huffy had a point, though. Stories are about people (including martians, anthropomorphized animals, and other human analogs) and how they interact with each other. But saying that plot and setting are unimportant is pretty strange. I mean, sure, Shakespeare works just as well in outer space as it does in medieval Denmark, but plot is kind of important to, say, Romeo and Juliet, and setting and plot are as important to Sherlock Holmes and Sam Spade as they are to Frodo Baggins and Samwise Gamgee. Besides all of which, I just happen to like maps.

Speaking of maps, I remember very well that one of the reasons I first picked up The Hobbit when I was a kid, and later on the Ring trilogy, was because of the maps. And hey presto, this leads us to Dorothy Nelson's Room with a Moose, in which she makes a copy of the One Ring out of gold putty. If Sauron had thought to make it out of putty he would have saved everyone a good deal of trouble, and Frodo would still have ten fingers.
Be the first to comment